While public relations is believed  to be a relatively modern business, only gathering pace in the past few decades, the reality however is that PR traces its roots back to ancient civilizations. Running the most extensive political and social structure in western civilization that is the Roman Empire was never easy, but not for the Romans who were the original publicity gurus.

Before the Roman Empire was established in the first century B.C, Rome was rocked by a series of civil wars and political conflict during which dictator Julius Caesar was assassinated. Augustus Caesar, the adopted son of Julius Caesar and the Roman Empire’s first emperor, was a natural at public relations.To placate the people and avoid the same terrible fate of his father, he rejected monarchical titles, and instead called himself the “First Citizen of the State”. And to further consolidate the Roman Empire, he pronounced Julius Caesar a deity, thus starting a centuries-old tradition in which Rome’s emperors would become gods, usually after their deaths. This divine nature positioned emperors as infallible and made their rule difficult to challenge. Augustus’s rule attached a cult status to the imperial line, with pictures of the emperors and their families publicized on coins or through statues and busts appearing in temples, public baths, theaters and public squares.

In ancient times, as today, public relations was primarily used for communication. The early Romans, even prior to the Roman Empire, were hugely engaged in public relations with the aim of spreading their message to as many people as possible.

Caesar would report military victories back to Rome in order to drum up public support. He also wrote Commentaries on the Gallic Wars, presenting his own account of the war. Also under Caesar, the Acta Diurna, the first public newsletter, was issued to provide citizens with the latest information on the affairs of the empire. They were carved on stone or metal and presented in message boards in public places like the Forum of Rome. Written records and oratory were often used to direct the citizens toward a particular way of thinking. These were early methods of public relations which have endured throughout the centuries. 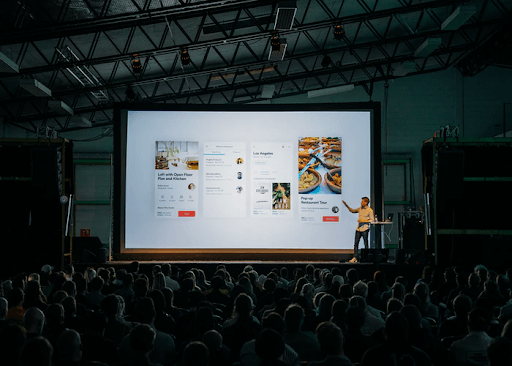